Boldly claiming impact is the ultimate skill in post-reality politics, where power devolves to leaders fooling most of the people all of the time.

After imposing “crippling” sanctions over Russia’s invasion of Ukraine, dawning realization of the bleeding obvious prompted Europe to adopt a familiar strategy for badly designed policies: Continue the policies, pretend they work, reward officials who dreamed them up, and dump all the cost and harm onto citizens.

In the rush to impose “do something, this is something” sanctions, irrespective impact or effectiveness, officials had a familiar template for the preservation of bureaucratic incompetence.

More than two decades after scientists revealed fundamental flaws in the design of hastily cobbled together anti-money laundering policies, and over a decade after even the United Nations found the impact on criminal finances a tiny fraction of a percentage point from zero, AML policy design remains unchanged, unquestioned, and profoundly ineffective, amidst wall-to-wall virtue signaling. They work, politicians thunder, while unimaginative officials, organized compliance, and organized crime thrive.

With a more ambitious timeline to lock in failure, nearly two months after imposing unprecedented sanctions on Russia, the European Commission on Friday finally recognized the “obvious from the outset” proposition. Cutting Russian gas will harm Europe’s economies more than the impact on Russia. But the appearance of success matters more than reality, so the EC gave politicians a familiar playbook. They can pretend that “doing something” means the policy works, and pretend to pay in Euros, while opening ruble accounts with Russia’s Gazprombank as President Putin demanded.

So, anyone that matters is happy: Politicians, officials, the media, and Russia.

In much the same way that politicians extol the “success” of the war on money laundering while criminals flourish – and citizens, businesses, communities, and countries bear immense harms and astonishing costs of arguably the world’s least effective policy experiment – virtue signaling can continue apace, punctuated by photo opportunity trips to Ukraine and a few seized yachts. Rhetoric fodder for the masses. 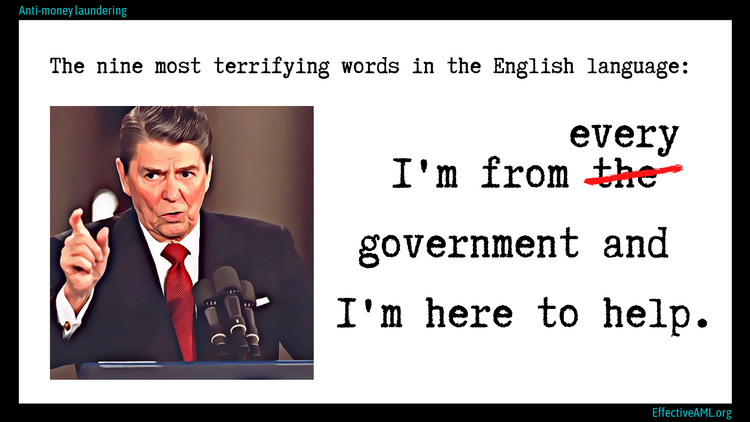